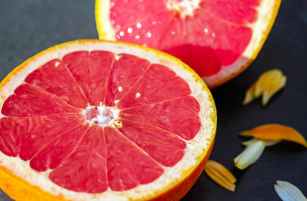 While communicating with a good friend, the phrase ‘the other half’ popped up. The two words intrigued me. (it is a math sort of thing, so bear with me—not bare, Keith! Sheesh.) OK, if I have half a cup of something and add another half of a cup, I logically get a whole cup (not doing liquid measures, those things can really throw off measurements!). All across the world halves exist and when paired with another half of the same kind, become a whole. It is symmetry and algebra and fractions. (An absolute muddle to someone who can muss up basic math at the drop of a prime number.)

With people, the halves to a whole make a better unit. The two shall be one sort of theme. It is romantic and annoying. I recall the scene in the second Princess Diaries where Mia makes the statement that her grandma didn’t need a man to help her rule a country, so why should she. She was right, but it is the way the world turns. Getting away from being a singular half seems to be a premise of many Christian colleges (that MR or MRS degree is hugely popular among coeds mingling on a campus), parents and media everywhere. Tradition is an irritating thing! (Cue, Tevye on youtube.)

My mind flitted all over the place with these thoughts. It is a rather fascinating phrase to mull over while driving on icy winter roads.

One thing my butterfly brain touched on was how important it is for a person to be complete within themselves before contemplating joining with another. I remember my own wedding day. As the last words in the ceremony were spoken, I heard the silent panic stricken voice of Kris cry out, ‘what are you doing????’ I was a vulnerable and young single who had no clue what it meant to be myself. I wasn’t ready to be a serious couple or a mom. Life’s road had many exits and this was where I chose to go. It was best at the time.

I then thought of things I’d cut apart which were whole and made into halves. Some of those things may have been halves of a unit, but they were the strangest looking halves ever! How odd is it two totally misshapen things can join to make a whole! Kind of like Jack Sprat and his wife, I guess. (I reckon this is where the words ‘better half’ come from.)

Then, I wandered over to the place where two halves make nothing more than a hole. (am I digging too deep with this one?) I grew up in a Swiss cheese family. One of those where every slice was nothing more than a piece full of holes. No matter how many halves mum seemed to find, it wasn’t right. I’m not even sure how my daddy managed to stay with her for so long. I do know he was the one adult who made my fractured childhood more complete. Even if I didn’t fully appreciate it at the time.

As I look at my life right now, I don’t see myself as being a part of a half. Not even that misshapen one. It think where I am needs more contemplation while driving. (thinking in most other places leads to naps.) I hope the roads I end up on are not treacherous, but I promise to pay close attention!