It has been a while since my last post. I’m being irrational again. A person can be told and tell themselves over and over how they need to accept themselves. How they are the persons who can control who they are. That they are the ones who, if they like themselves, can be at peace with themselves. Yet, for me, I believe I need affirmation from outside. Real time. Online is lovely and what I’ve had more than anything else. Yet, I want more. The snips of time and care I get from The Craftsman are nice, I’m thankful for them, it is illogical to want more. I think that is why I have always liked to be in Alaska. I can be as liberal as I want (this place I’m in here in Oregon is incredibly conservative), I have had people who have come out of nowhere to help with things and become friends, I’m allowed to think and accomplish ‘boy’ tasks all by myself, and have had liaisons that were (for the most part) memorable and thoroughly enjoyable. (The latter will be curtailed, and not just cuz of Covid!) The last week has been frustrating, but there have been bright spots.

First, I’ll share the odd Diabetic things. The green insulin pen is what the pharmacy gave me, my physician said it is EXACTLY the same stuff inside and not to throw it out unless I wanted to. (She also said my thyroid was suppressed, whatever on earth that means. Google is little help!) I was also given a script for the funny clip safety syringes. I do not like them, they are harder to use and they generate a LOT of trash. When they are gone, I’m going to ask for the other kind again. I’m also not taking them to AK. I’m pretty sure I have some up there waiting for me! 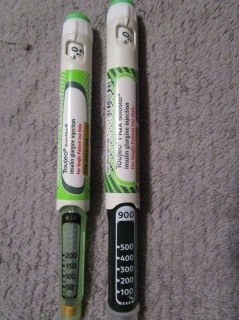 Sunday, we took the Mercury out plant shopping. I was intrigued by the odd ‘tree’ hanging from the peg that turns the radio on. I’m not entirely sure if these ‘trees’ are used anywhere else, but they seem rather common in the US. Usually they are green and smell of pine. This one was black and called ‘Black Ice’. I expressed puzzlement for a company who would market a fragrance named after a thing that causes fear, if not abject terror. The Craftsman laughed and said the mice didn’t care for it. Which, in an old car, is very important. We purchased several plants for the succulent fountain contraption I had wanted to create (The Craftsman is going to create it, he rather liked the idea and he really likes succulents). Little Bear was completely confused as to why one pot was full of hens and chickens and why weren’t there roosters? I snagged a super unusual to me Aquileia (columbine). I love how this one has star shaped flowers. I planted it near the little sprout I keep finding from the yard next door! 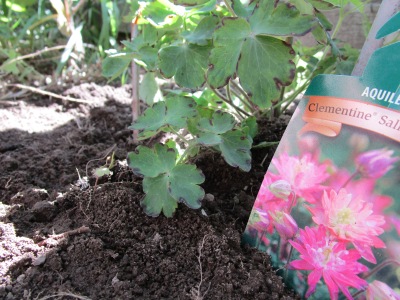 The iris are all in bloom. The purple ones are about done, the yellow ones are looking scraggy, the gorgeous reddish ones are delightful, and there is (oddly) only a single white stalk. It has been years since I was here for iris season and it really has been lovely to see. Even if the beds are full of grass and need serious upkeep. 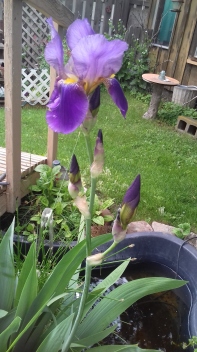 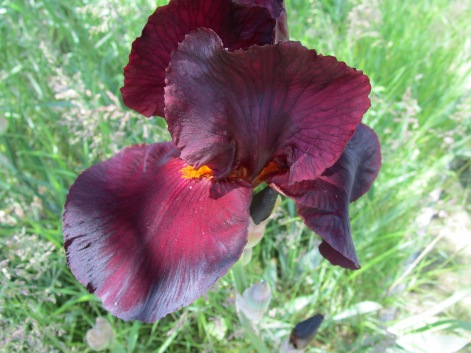 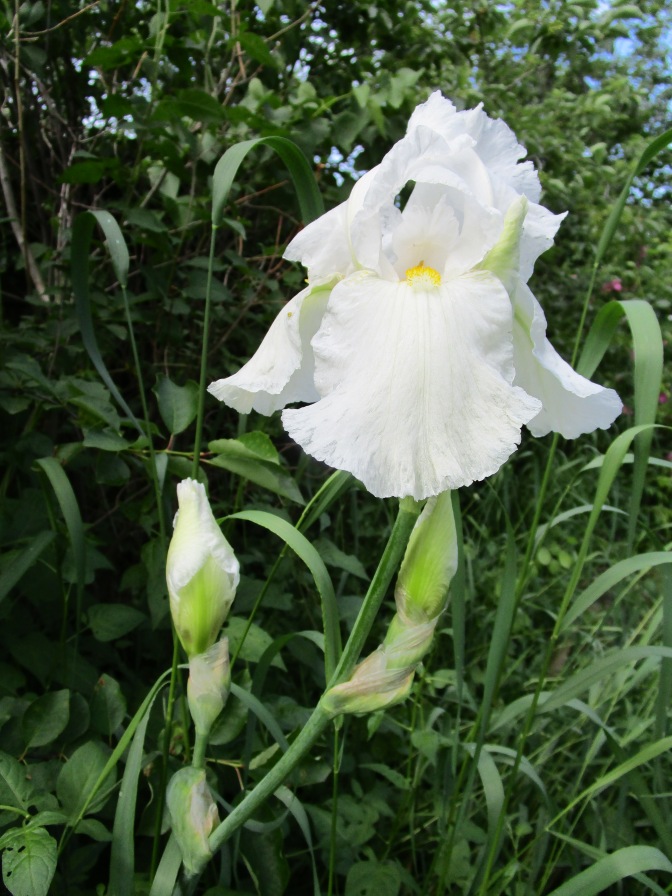 My poppies are also looking beautiful. The white one I asked The Craftsman to purchase isn’t actually white. It is called Royal Wedding and is pale pink!!! (I was hoping it was white like Princess Di’s dress. All billowy white and frothy.) I hope I get to see it bloom. I do love how flowers grow here. I also like this huge rosebush. The rain hasn’t been friendly to it, but just wow! 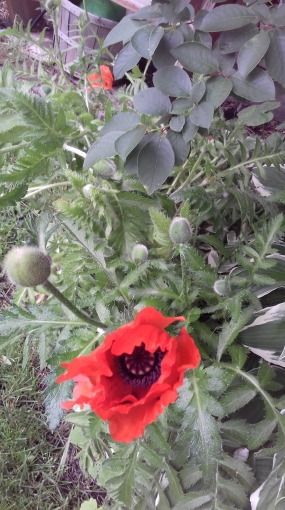 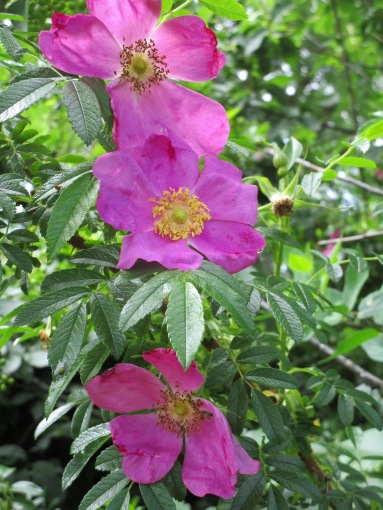 On Thursday night, I stayed up with Moses. Everyone else got up fairly fast when thunder rolled and lightening flashed right overhead! I was so worried for the robin in the lilac. She has babies and her flower hedge is gone, leaving icky branches with sparse leaves. Moses also dashed outside when I first opened the door. He stayed out for ages and finally returned from a different direction all wet. I am betting the thunder was scary. (Kind of like those darn fireworks). The neighbor’s dogs were barking and barking, the settled down when the skies let up…but not for long! I think the storm lasted about 5 hours and the power flickered three times, once turning on the printer!! The guys went back to bed before I did again. It was fun to watch, even if I was concerned.

Temps are starting to soar. I’m so not a person who likes 80 degrees F by noon! We’ve even had humidity. Something not a part of this area! I definitely need to get back north!