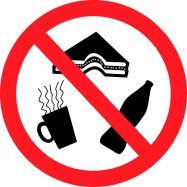 One of the sweeter memories I have of being asked out for lunch was with a good friend of mine. We’d met for the first time in 23 years and had spent the whole morning talking. It was after the noon hour and I was starting to think I’d better mention I needed sustenance, when he said something about me needing to ‘eat regularly’ and he knew of a great place he’d like to take me. I melted! (Many friends forget I need to ‘eat regularly’, sometimes even my family does!)

Mum could take lessons from this man. Today was just another typical outing with her. For some stupid reason, many of her appointments are around noon. This mucks up her schedule and mine. She’s never cared for a schedule and doesn’t seem to be bothered. I am. I have learned how important it is to take meds and meals on time. I often bring snacks or something, today I didn’t. I had a small list of things I was going to do if given the chance and lunch was one of them.

Mum had an appointment with a dental surgeon (she has no dental insurance and we are going to drop more than a hand of grands into removing her teeth. At least, my sister won’t get that money!). Since we were going to be out late, I figured she’d opt for lunch somewhere. The surgeon was wonderful! I might have fallen in love with him a little bit! He didn’t let her meander off into other topics that were not a part of what he was addressing. He was very concerned about making sure she could stand a surgery. He felt she looked good on paper, but sent a fax to the oncologist she had just seen  (not her regular one who, when asked to contact the dentist about having her teeth taken care of, seemed like the dentist was beneath him). At any rate, we left the office and I asked if she wanted to stop somewhere first. She said we had things at home. I told her I was going to take a blood test as I felt I needed to be more aware of my Diabetes. (yeah, I was rude. I was mad!) My glucose was good. 111 is a great number, but I wasn’t sure if it would drop or not. So, for my pre-lunch, I had 3 glucose tablets. When we got home, I got her settled with hers and I ate veggies and diced ham….and 2 bars of a Kit Kat. I do have a bit of a headache and I am going to take a short nap.

This Tuesday, is also a day set aside to vote (there was a run-off election thing) and she has decided opinions on the lady running. I sat in the car listening to her rant about this woman and asked when she wanted to make her choice. I was told she’d do it AFTER the memorial service later this afternoon. So, the service lasts til 6, she wants to vote, I reckon we won’t get home til late. IF she does those things. So, I’m taking a slice of bread with some meat folded inside. I’m not going to get stuck with just glucose tablets again today!